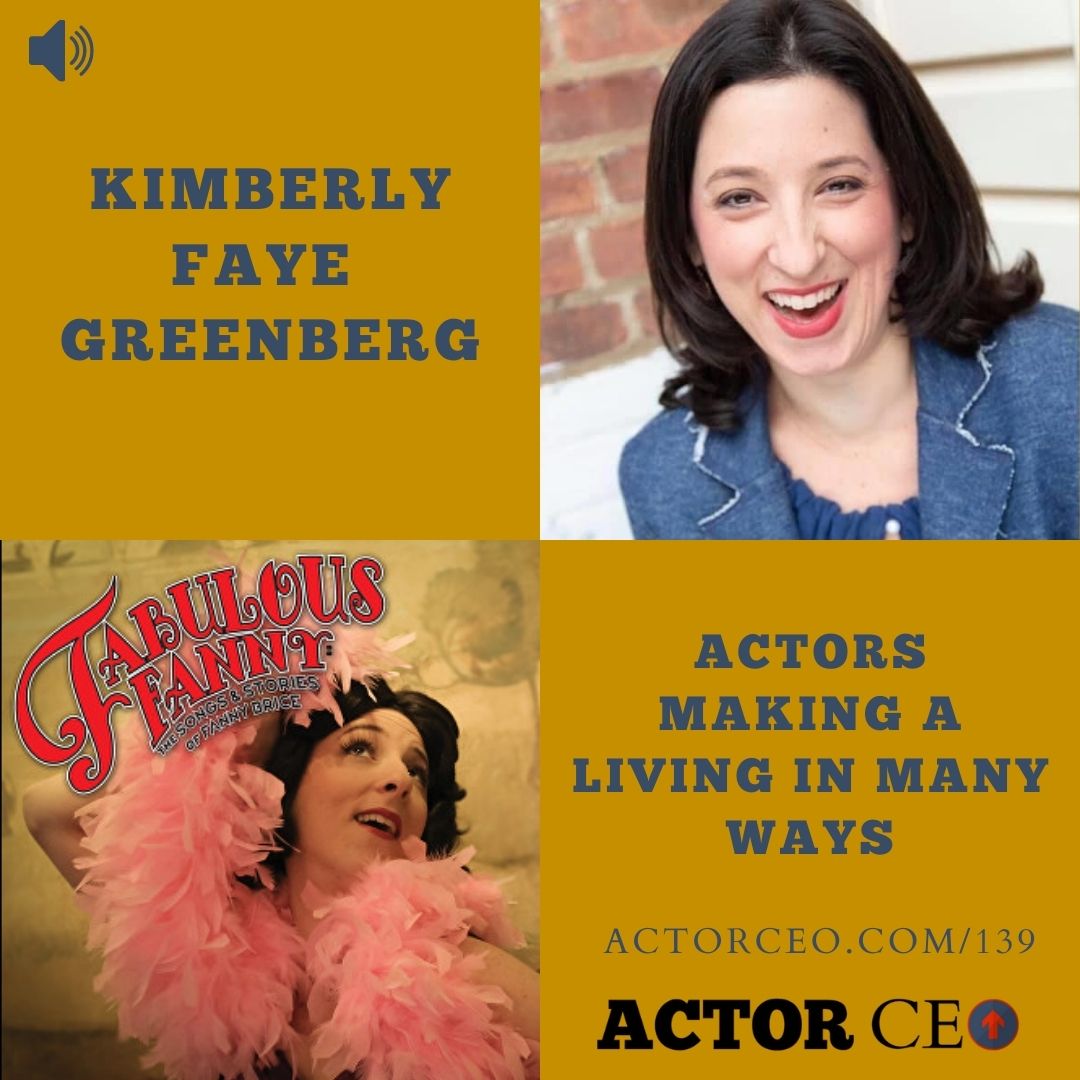 Kimberly Faye Greenberg is the first and only actor to play leading roles in two Off-Broadway musicals at the same time. In addition, Kimberly’s numerous portrayals of a Fanny Brice (4 shows/2 CDs) have been critically acclaimed by the New York Times, Huffington Post, and Associated Press.

Her solo show show Fabulous Fanny Brice has been traveling the country for the past 8 years. Kimberly has worked across-the-board in theatre Film and TV for over 20 years! She can currently be seen in the HBO mini-series “THE PLOT AGAINST AMERICA”. Offstage, she has worked backstage as a Broadway wardrobe swing dresser on over 20 Broadway shows, including “Mean Girls,” “Something Rotten,” and “The Lion King.”

Kimberly is currently is one of the TOP 10 Performing Arts Coaches in the World (# 4 according to Google) and As a performing arts consultant, Kimberly loves to inspire, educate and work with proactive artists to help conquer the New York market.

Whether beginners or seasoned professionals Kimberly encourages all to embrace their own uniqueness, find their own niche and follow your own path and passion whether its onstage/onscreen, behind-the-scenes or a mix of everything. Kimberly’s interviews, articles, and Broadway content has been featured and gone viral across a variety of news outlets including Backstage, Theatre Nerds, Theatremania and more!