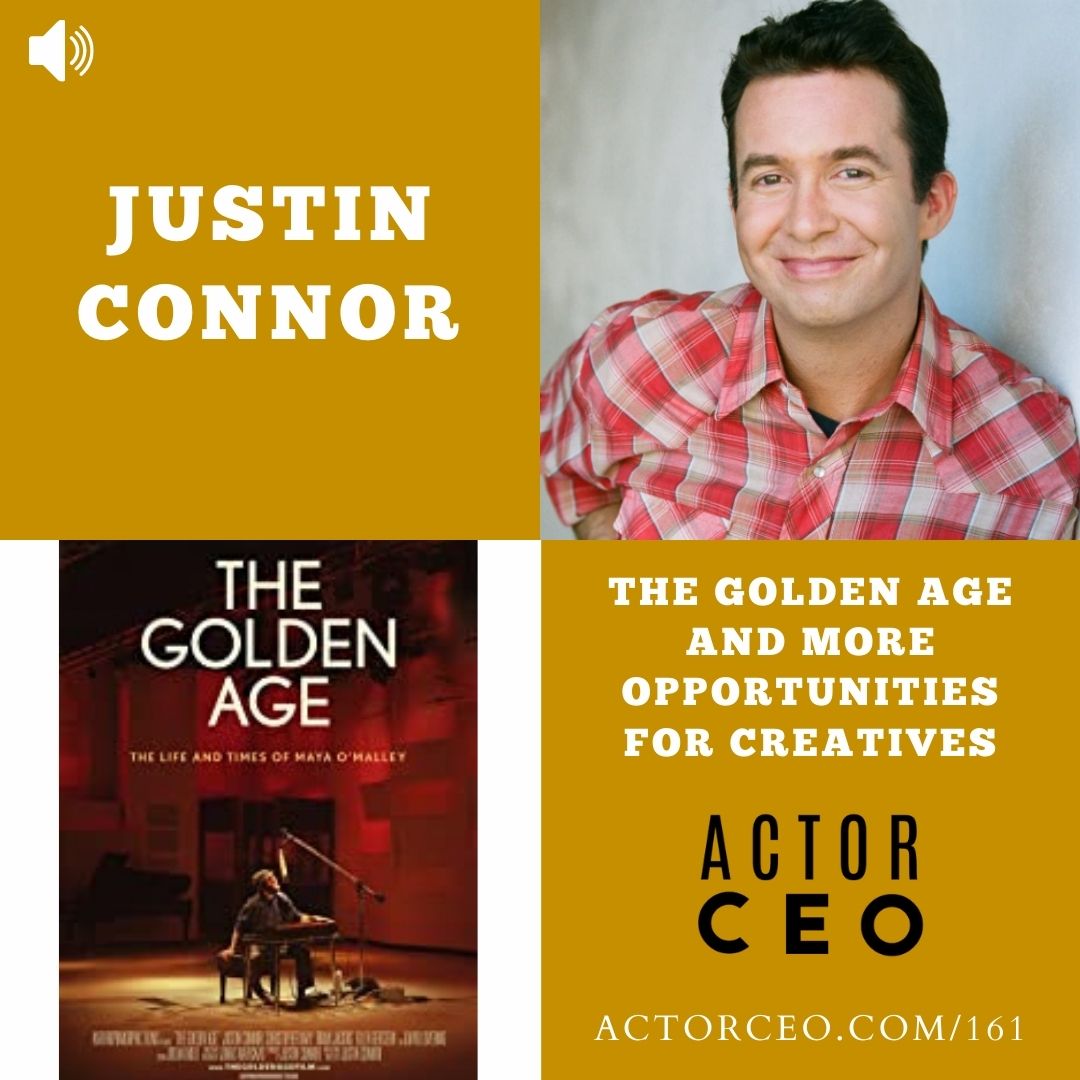 “I think we have to adapt to the times.”

Justin Connor is an actor, writer, director, and musician who produced the award-winning feature film THE GOLDEN AGE, which just made its worldwide release on Amazon Prime.

The soundtrack, also written, performed and produced by Connor, is available on all streaming platforms, with a double vinyl album being released later this month.

THE GOLDEN AGE, a musical rockumentary shot over a decade in California and India, introduces us to the character of subversive pop star Maya O’Malley who, after a string of controversial remarks, gets dropped from his music label and sets out on a spiritual pilgrimage throughout India in an attempt to resolve his troubled past.

The film was the winner of the Audience Award at the AWARENESS FILM FESTIVAL and the JAIPUR INTERNATIONAL FILM FESTIVAL, and won the Best Performance Award at the NEW HAMPSHIRE FILM FESTIVAL. Connor is also releasing A DAY IN THE LIES, a memoir novel that delves deeper into the life of the film’s main protagonist, Maya O’Malley, which will be released on Amazon this Spring.

Justin Connor currently lives in Los Angeles, and splits time between music and painting, and prepping the release of his third album, MATERIAL LIFE.

You can track the film’s progress on social media as well as at www.justinconnor.com.

Watch The Golden Age on Amazon.