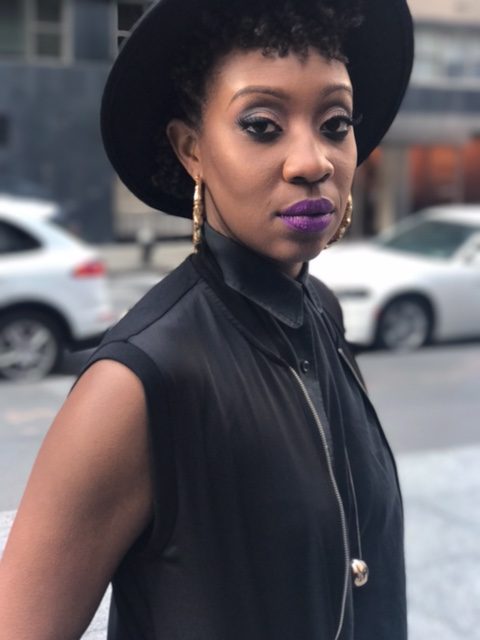 Not only did Shakespeare inspire Miriam as an actor, his work also inspired her music.

Miriam Hyman is a force to be reckoned with. Her determination and passion for acting and music is infectious. Her poetry is clever and inspiring. Her ability to run with two different careers at the same time seems impossible, yet she’s killing it. So take a moment to get to know the woman behind such creative commitment.

I first found out about Miriam, AKA Robyn Hood, when seeing a music video of hers scroll by on Facebook. I took a listen and was hooked. Of course then I found out she’s been working as an actor here in New York City on a variety of projects including with The Public Theater, La MaMa, MTC and on Master of None, The Unbreakable Kimmy Schmidt, 30 Rock, The Blacklist and her current recurring role in Blue Bloods and the M.E. Dr. Emile Cooper.

Learning the surprising moment when music became part of her life and the deep connection she draws between acting and hip hop was an exciting twist in this interview. It’s always amazing to see artists who don’t restrict themselves to only one outlet for their creativity. Take the opportunities as they come and don’t get caught up in the idea of the “right path” to success. You are in control and this is your journey. If you’re committed and passionate, you’ll get to where you want to be.