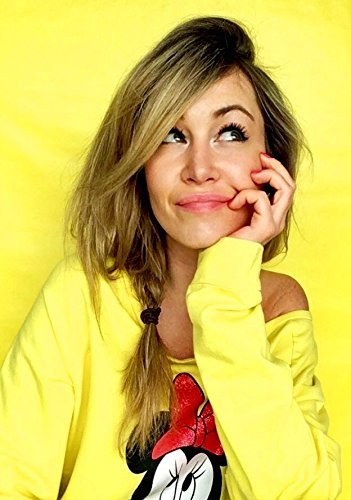 Steph took her theater training (and her unique voice) and built a VO career.

Steph Lynn Robinson is an award-nominated voice over actress best known for her animation work.  She has provided the voice of Priscilla in ‘Freaktown’ (Teletoon/Cartoon Network), both Ping and Chachi in ‘Julius Jr.’ (Nick Jr.), Zoom Shine in ‘Cirque-Du-Soleil: Luna Petunia’ (Saban/Netflix), Twins Kelly & Kelli in ‘Looped’ (Teletoon/Amazon Prime), Badoomcha in ‘Space Bacon’ (YTV), and numerous Roles on ‘Super Why!’ (PBSKids) and ‘Little Charmers’ (Nick Jr.)  She will also be appearing in the upcoming 2017 Holiday Film ‘Elliot the Littlest Reindeer,’ staring Josh Hutcherson and alongside John Cleese, Martin Short, and Samantha Bee.

When not behind the microphone, Steph Lynn is busy creating and writing on both lifestyle and animated series.  She worked with Stornoway Productions as an Associate Producer of the Pet Network series “Dog Park Tales.”  Other credits include “Travel Safe NOT Sorry,” “Infestation,” “The Civilian-Military Divide: Bridging The Gap,” “OMG!,” “Blood, Lies & Alibis,” “Hank The Cowdog,” “Men of Might,” “Underworld: Blood Wars,” “King Arthur,” “Pirates of the Caribbean: Dead Men Tell No Tales,” “Spider-Man: Homecoming, and the kids series “Bibleman: The Animated Adventures.”

Steph is a graduate of Broadway Dance Center & The American Musical and Dramatic Academy in New York City.  While in the States she created a leading role in a new Off-Broadway musical and worked for Walt Disney Entertainment performing in “Finding Nemo: The Musical” (…​although ​she has been paid to sing the alphabet in a kid’s voice more times than she’s ever sung grown-up stuff!!)