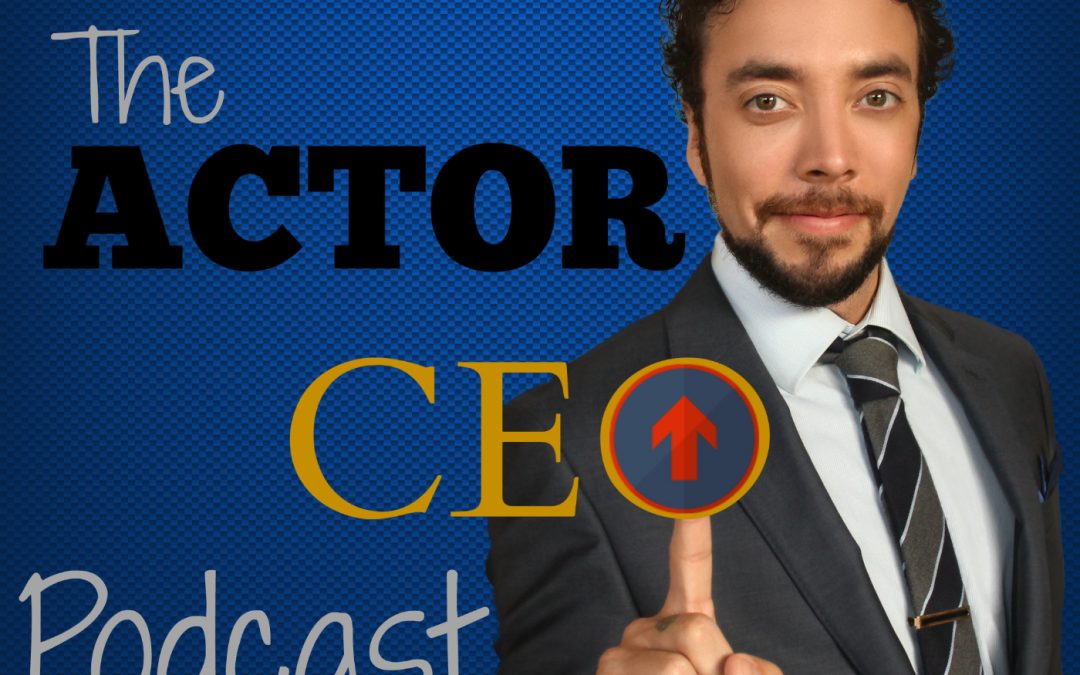 The Actor CEO Podcast is now on Patreon.com.

Hi Actors, Mike Moreno here, and I wanted to jump in on this episode and share some of the achievements we’ve made with this podcast and what the next goals are.

Since I launched this podcast in September of 2015, and at the time of this recording, we’ve seen our Facebook following grown to just under 8,000 followers, we’ve had over 23K downloads from listeners around the world, and have over 40 5 star reviews on iTunes, Facebook. That’s really an incredible list of achievements for our humble show here, and proves that actors like yourselves are seeking out this information and sharing it with your peers. You know that word of mouth is the best form of advertisement and so I encourage you to take just 15 seconds to share the podcast with your acting class, friends on Facebook, or in a tweet. Your fellow actors trust your taste in content and information and will be as happy to find a show like this interviewing industry professionals as you were. Take a moment right now to show your love for the show and share it on whatever platform you are signed in on right now.

Here’s what you’ve just accomplished. Not only have you helped spread the word that you have been listening to a great podcast by an actor for actors who want to take their career seriously by treating it like a business, but you’ve also just opened up the chances of this show getting some of the best people, that your follow and admire on the show. In fact some of our fantastic guests like Actor Fast Track’s Valorie Hubbard, Jeff Seymour from the Real Life Actor, Elizabeth A. Davis, Kimberly Leemans and more have come from listener suggestions. Listeners send me a message through Facebook on the Actor CEO page or even through email at mike@actorceo.com and suggest instructors, actors, or other industry pros who have great advice that actors need to here. By sharing your support of the show, those connections have a chance to see what we do, see that you support it, and there is a better chance of getting them on the show.

If you are listening right now and know an actor who’s crushing it in the biz right now, a casting director who always has great advice and runs terrific auditions, a filmmaker who has been crushing the hustle and has some insight to pass on, or an acting coach who has completely changed how you view auditions, acting or the business don’t hesitate to pass them on to me so this show can share their knowledge to the thousands of other actors listening and following all the great information we try to put out on a weekly basis.  You can send me a Facebook message right now at Facebook.com/actorceo or shoot me an email at mike@actorceo.com. This show is built to contribute collective knowledge about this industry and how we can all approach it with far less friction and more long term satisfaction.

As any filmmaker, producer, or creator will tell you, it takes a ton of work and often a fair amount of money to make your dreams come to life. There is no difference with this podcast. I spend money out of my own pocket to host the website, host the audio, handle the weekly emails, and construct all the branding to make this podcast work. Generally that comes out to about $40 bucks a month, or just under $500 a year of my own money. That’s what keeps weekly content, emails, interviews, social media, and website operations running week in and week out. And everyone get’s incredibly valuable information from it.  And now I’m looking to bring you, my devoted listeners, into the fold by providing a Patreon link at Patreon.com/Actorceo where you can support this podcast just the same as you support a friends web series, a Kickstarter for another actor’s film, or your casting or backstage subscriptions.  In fact, if every listener gave $1 a month, not only would we fully fund the podcast content, I could be doing LIVE video interviews with incredible actors and industry pros, because I could go to them, with the gear that would produce the interviews you see in Actors on Acting, Backstage, or Behind the Camera. Seriously! And that would be your contribution. You would be making that content and more people would see it, more guest would want to be on it, and more actors would learn from it.

So if you take learning about the business and improving your acting career long term as seriously as you do an acting workshop or your union dues, then please join me in creating a powerful tool for actors all over the world. As I have said on the show countless times, the industry paradigm is shifting and the creators (Us!) have more control than ever. We can build not only the entertainment we want to see but also the education we want see. That is the power of your passion plus modern technology. So take 15 seconds and head to Patreon.com/actorceo. Where for as little as $2 a month you can empower not only your own acting career, but the career of those following you for years to come. There are also prizes for donating from receiving free acting books in the mail, stickers, exclusive LIVE Q&As with industry pros, and even a free subscription to Masterclass where you can learn acting, screenwriting, and directing from some of the titans in their fields.

I thank you all from the bottom of my heart for being part of this journey and taking this whole mastery over your career to a new level. Follow everything that’s going on with the Actor CEO Podcast on Facebook, Twitter and Instagram by searching @ActorCEO and please take a second to share your love of this podcast with someone else. You know how important networking is and you never know when your share might lead to another great show! Stay tuned.