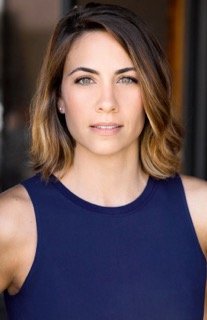 I Just Graduated. Now What?

Bridget has graduated from acting conservatory and grad school. So what’s next?

Bridget McKevitt is no stranger to the transition phase after graduating from acting school. She studied at the 2 year Maggie Flanigan conservatory in New York and began building a career as a working actor. She’s been on Person Of Interest, All My Children, the film Days And Nights, and the HBO EMMY nominated, Casting By.

Eventually though, Bridgett was looking to explore deeper aspects of her creativity and get a better understanding of her role in this changing industry. She graduated of The University of Washington, class of 2018, MFA Acting Program. In the MFA program she wrote 3 solo shows and  is currently touring her one-woman show, Ovaryacting. You can catch her east coast summer performance in New York City at Dixon Place on June 30th and her west coast performances at Bumbershoot, one of North America’s largest international music and arts festivals held in Seattle, on August 31st and September 2nd.

It’s clear that Bridget has grown her creative potential beyond just fitting herself into the world of auditions, but on to creating her own work that explores new voices, powerful stories and builds new opportunities. Smart move.

Support this podcast on Patreon.com/ActorCEO for as little as $2/month!