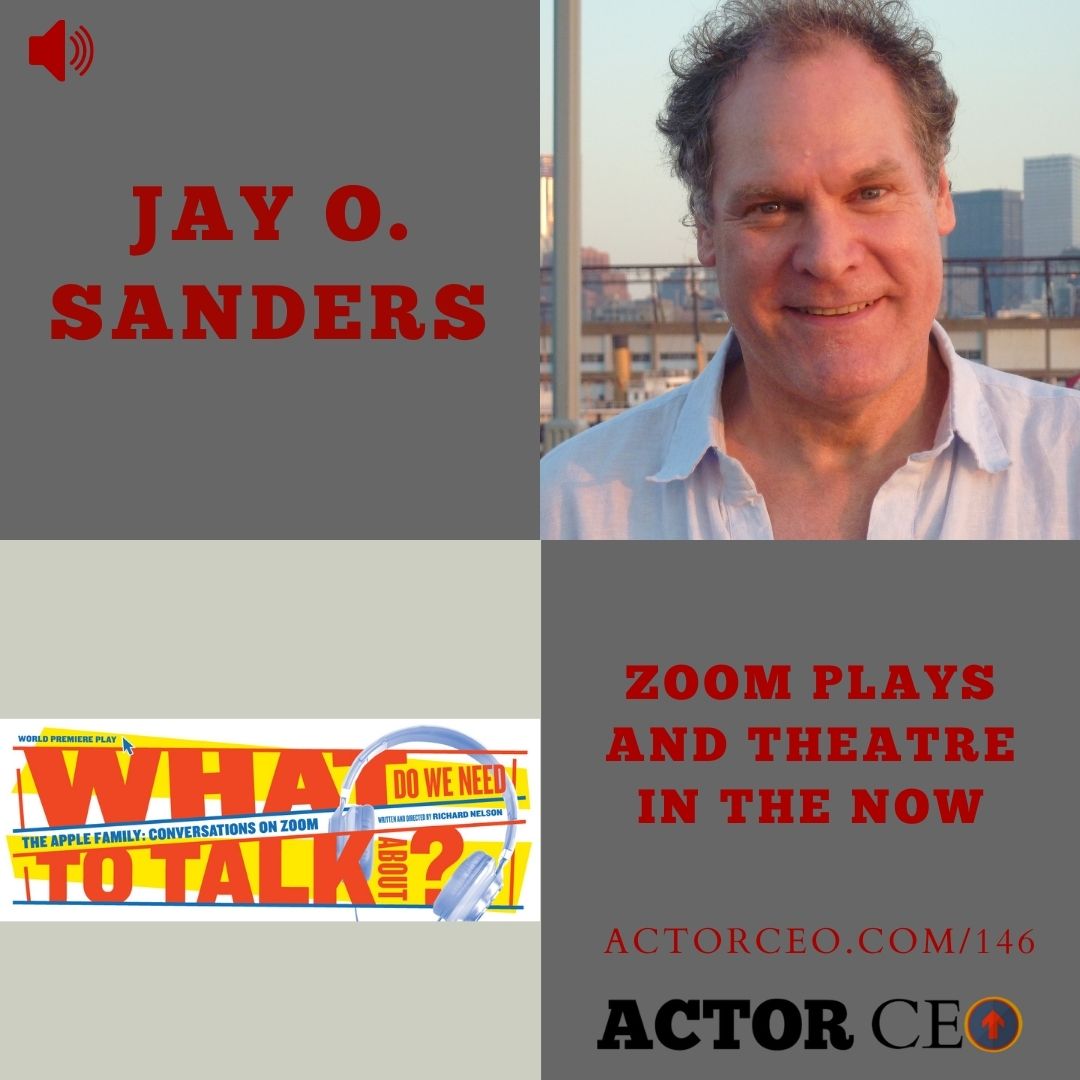 Jay O. Sanders graduated from the first-ever acting class of SUNY at Purchase in 1976. He is a devoted theater actor, moving regularly between classics and new work, on and off-Broadway, in London, and at regional theaters across the country.

His screen work ranges from big-budget to tiny independent feature films, network and streaming tv series, and most recently, two highly successful Zoom-plays (“And So We Come Forth” and “What Do We Need To Talk About?”) both by Richard Nelson with whom Sanders has collaborated for many years.

The Public Theater premiered “What Do W Need To Talk About?” online at the beginning of the shutdown hitting over 80,000 views. Since, Jay has acted in a number of productions of these Zoom plays in theaters around the country. Vogue labeled these Zoom productions as “a new art form being born.”