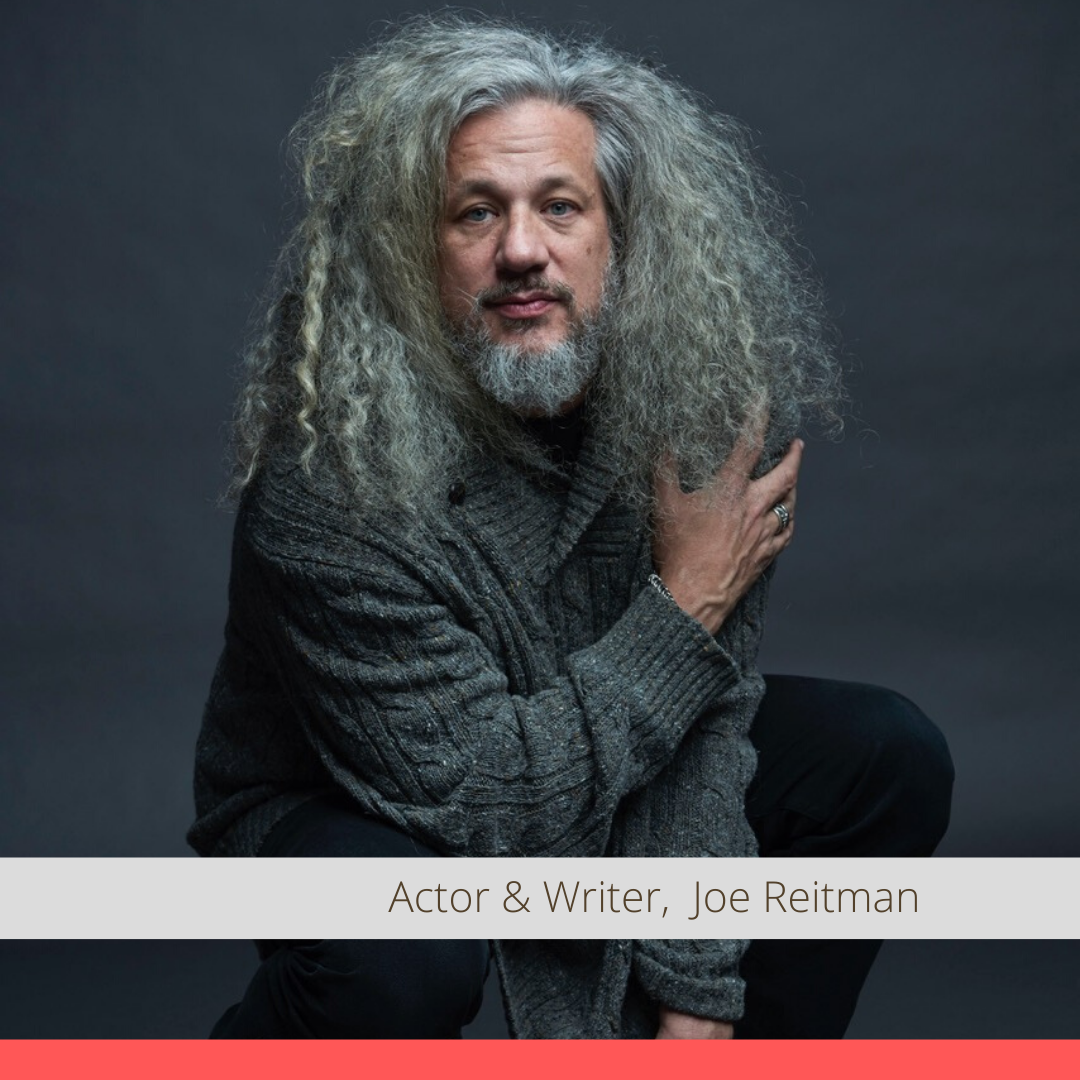 “Returning a video to Blockbuster was doing something for myself,” says Reitman of the three years he spent addicted to drugs and alcohol while pursuing his career.

“Mom, I’ve got good news and bad news,” Joe Reitman begins on a Zoom interview in his LA home. “The good news is, I got into a theatre company in London. The bad news is we have to figure out how to pay for it.” It was a different time for Reitman– before he was a successful actor and one of the stars of SYFY’s Happy, starring Christopher Meloni. The wild-haired bad boy confesses he sold a lot of cookies to earn his two week show in London. A show he helped co-write. Afterward, he knew acting would be a life-long passion.

No longer a bright-eyed cookie pusher, Joe enrolled at Pitzer College and studied theatre at Pomona. He was a wide receiver aptly named “Ugly,” because he didn’t dance around people. He also partied hard. “We used to do something called crosstop during finals, which was like a form of speed. We’d crush it up and snort it. We did everything that was in the box or whatever was available.” After graduating from The Claremont Colleges, Joe moved to Los Angeles, where he met a kid called Hollywood Bob. “He was like a rocker on a motorcycle with long hair. He looked like he was from the 80s. A skid row kind of guy.” Hollywood Bob had connections to cocaine dealers.

Find out what other actors are learning from Helen Mirren, Natalie Portman and Samuel L. Jackson here.

Dealers who fueled Joe’s growing cocaine habit which he used to keep the weight off while moonlighting as a model. Eventually the cocaine use led to crystal meth. “I began using it like it was coffee, says Joe. I’d roll my cigarettes in it and smoke it. I was freebasing it and using it to get high and to sleep.” Despite his addiction, Joe remained committed to his career. The worst came when his dealer sold him a batch that looked grey and most likely washed in Comet. Death-ridden, wracked with tremors, and throwing up blood, Joe managed to perform at a table read the next day. At the reading was Rain Pryor. She reached out to Joe.

She said you’re so high, you remind me of my dad. I said to her, I said, I’m so high I remind you of Richard Pryor? Yes, she said, yes.

After the reading, Rain helped Joe get clean, introduced him to her father and the two, Rain and Joe, formed a relationship. “I give her all the credit in the world for helping me get clean.” Rain started a production company which Joe was a part of. “I did some shows,” he says, “but was still drinking very heavily.” The relationship didn’t last. 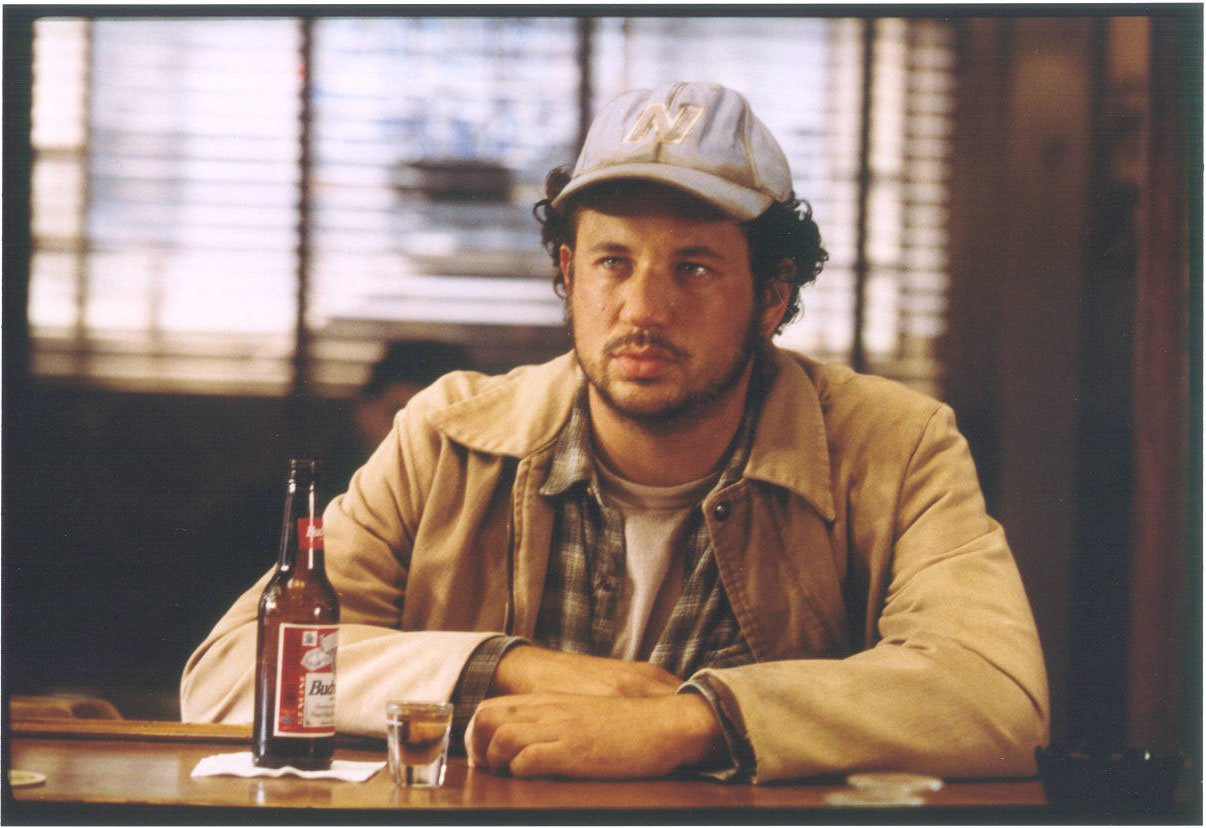 Life after Rain wasn’t easy. “I faced the breakup alone. I was in an acting class and asked my teacher Doug Warhit, what’s wrong with me? Why aren’t I more successful?” Doug knew how much Joe was drinking and encouraged him to get into AA. He did. Within thirty days of getting sober, Joe booked South of Sunset, a CBS drama. “I filmed the third episode but before it aired, the pilot was cancelled,” says Joe. But It was my first real job. That’s the moment everything started to click. I got my SAG card and never had to look back.” 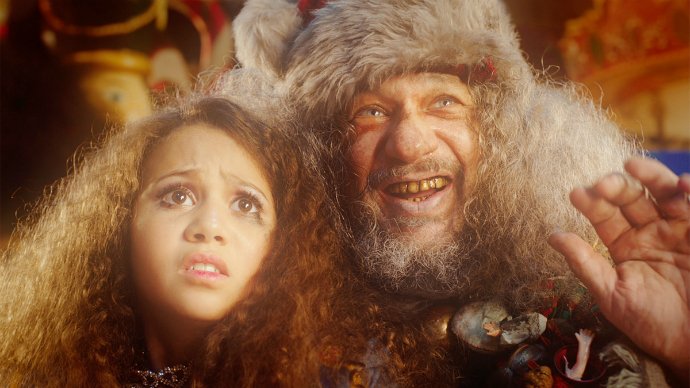 “I spent three years being a train wreck,” says Reitman. “It was a lesson in the human condition.”

Join the fastest growing self tape group on Facebook.

Over the course of his career, Joe’s undertaken richer gritter roles.”You can’t play what you don’t know,” he says of Very Bad Santa in SYFY’s Happy. In the series, Joe stars as a wanted schizophrenic murder with a Santa complex. He kidnaps Christopher Meloni’s daughter and slowly turns her into a doll. To prepare, Joe strung up Christmas lights in his apartment and played Christmas music non stop for 5 months. He plastered photos of his imaginary friends and Nick Sax (Christopher Meloni) on his fridge drawn as the Grinch with horns and a tail. He avoided Meloni on set and gained 35lbs. “I was at the gym and I blacked out for a second. I woke up with my face pressed against the mirror whispering the Twelve Days of Christmas. When I came too, there was this guy sitting on the bench. He was staring at me with his eyes wide. He was looking at me as if I had just lost my mind.” The balance between being an off his meds schizophrenic and a Santa who turns children into toys was a challenge, Joe admits. “As an actor you don’t think you’re bad,” he says. “I had to remember it was a blessing to be made into a gift.” So were his less than Christmas-ey Christmas cards, gifts to the children’s parents. “I made cards for them. Handmade Christmas cards, decorated with the hair and pieces of their children. I was really burning holes where their eyes were. I was just making art. I didn’t realize it was creepy.”

Throughout the course of his career, Joe “Ugly” Reitman, the once bright-eyed cookie pusher, has learned to lean into the jarring and often time shattering pieces of his life. He’s become an actor unafraid of his own grime, a role of a lifetime. “I like pushing boundaries creatively because of it,” says Joe. “I like getting my hands dirty that way.”