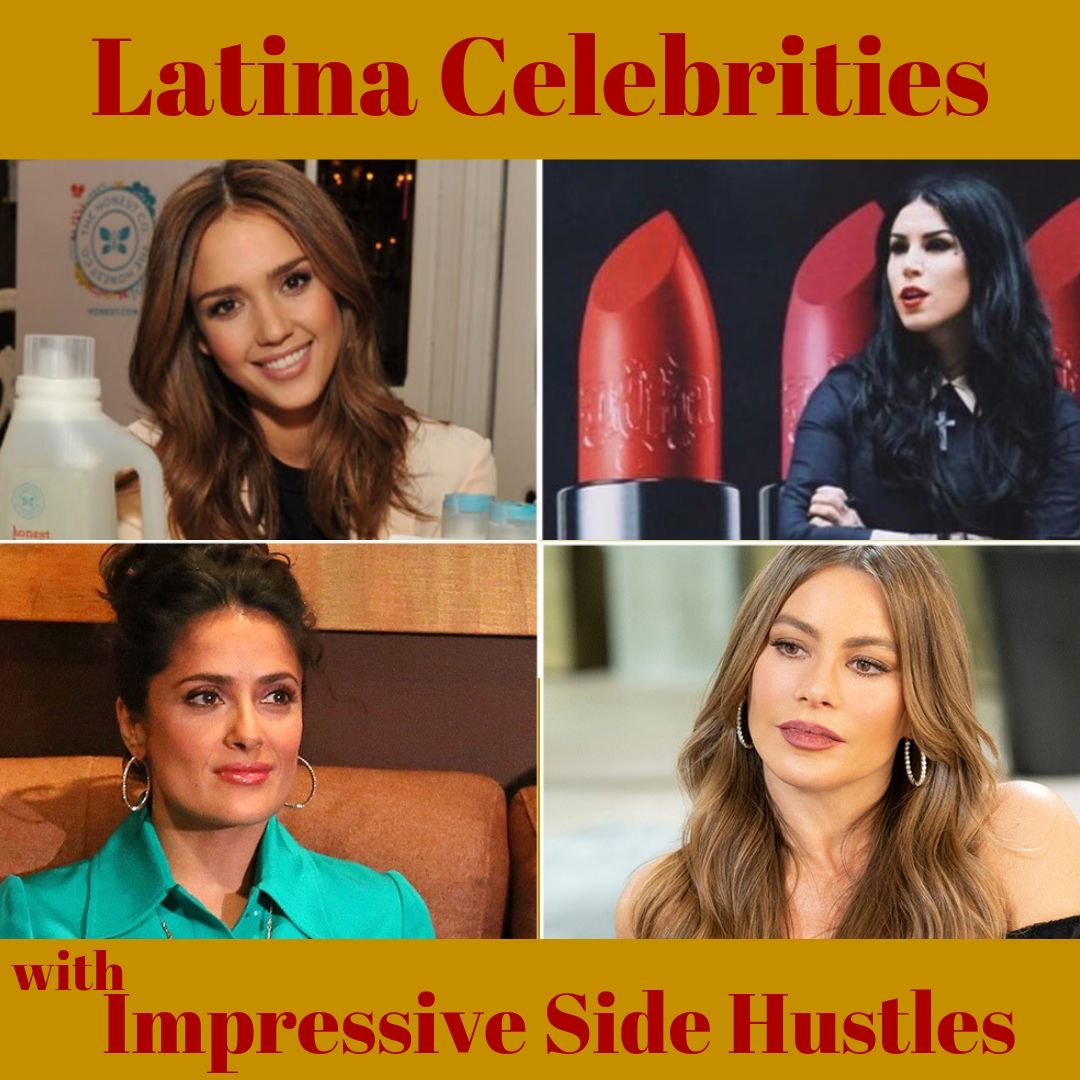 I previously shared an article about some of the unique side hustles that actors and others in the entertainment industry have. It’s vital to have these jobs as a way to keep money in the bank, especially since nothing is guaranteed for actors. But you may not have known that even some of the most famous stars and well-paid in Hollywood also have side hustles — many of which have built their own companies from the ground up. Hola put together this list of some incredible Latina entrepreneurs in showbiz who are making a name for themselves outside of the entertainment world. 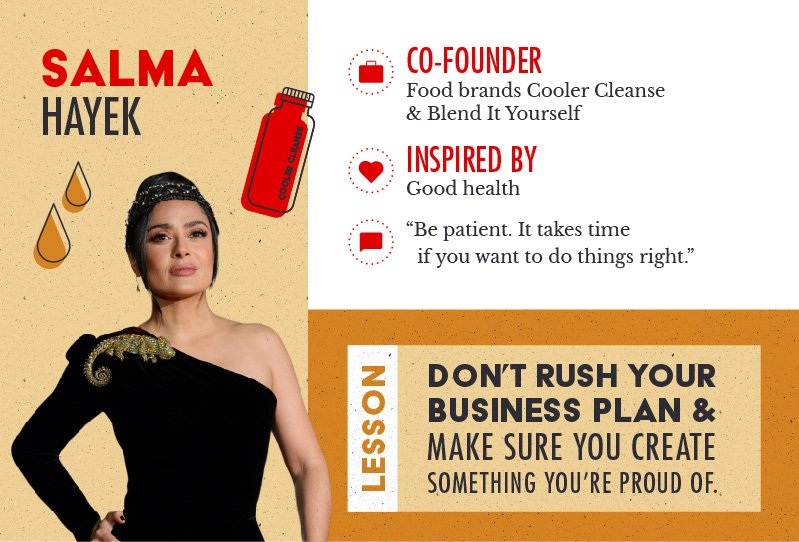 The stunning Mexican-American actress has an incredibly impressive acting resume, including her award-nominated roles in Frida, Wild Wild West and In the Time of the Butterflies, but Salma Hayek has a number of other titles as well. She’s a mother, a director and producer, philanthropist, and in 2008 she added business entrepreneur to the list. Salma partnered with her long-time friend and the founder of Juice Generation, Eric Helms, to build two wellness companies.

The first company the duo developed is Cooler Cleanse, a juice delivery service from Juice Generation. Their organic juices support wellness junkies who are interested in trying short-term cleanses — the juices help customers reach their weight loss goals by reducing their food cravings.

Following Cooler Cleanse, Salma helped to create Blend It Yourself based on her own at-home beauty routine. The subscription service delivers frozen smoothie mixes made with organic ingredients that you can blend for a drink, and can also double as a refreshing face mask.

It can be challenging to start a business, and definitely takes a long time to put a plan into action and make it successful. Before diving right in, Salma offers this advice: “Be patient. It takes time if you want to do things right.” 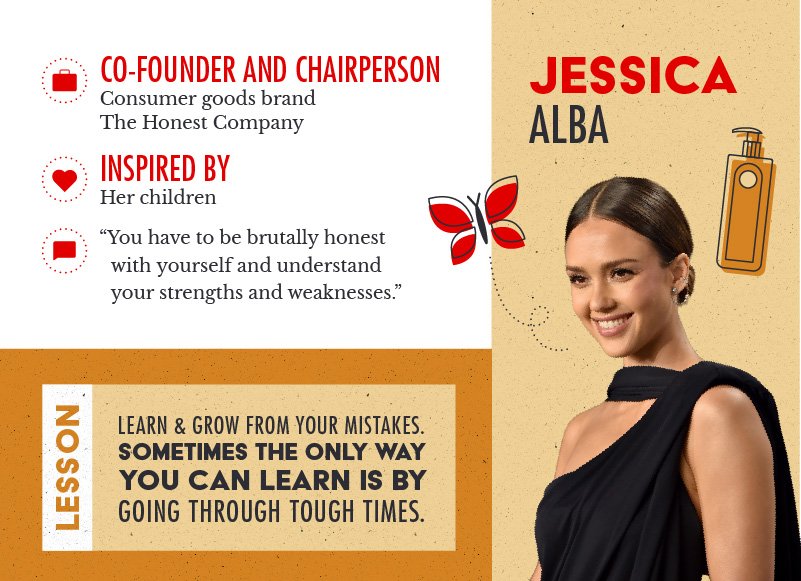 When the Fantastic Four star became a mother for the first time, Jessica Alba knew she only wanted to use safe and natural products on her daughter. However, she struggled to find products that fit her needs, so Alba decided to fix the problem herself by launching The Honest Company.

The Honest Company’s goal is simple: to provide consumers with safe products that they can feel good about using. Despite her stardom, the journey of entrepreneurship hasn’t always been an easy journey for Alba and team. But they’ve managed to overcome obstacles and grow Honest beyond baby products and into the world of personal care, beauty and home cleaning products. 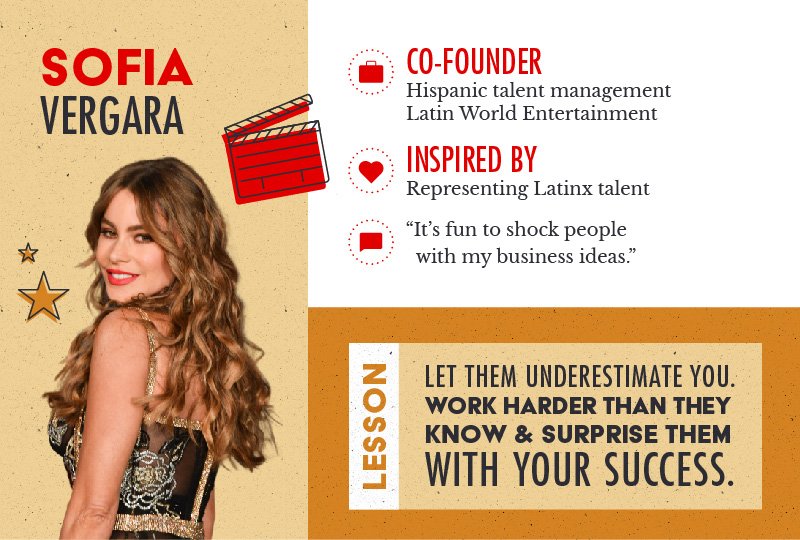 She’s one of the highest paid actresses in television thanks to her hilarious role as Gloria on Modern Family, but Sofia Vergara is also an impressive businesswoman. She’s the co-founder of a multi-million dollar talent management and entertainment marketing firm called Latin World Entertainment (LWE), which she and Luis Balaguer founded in 1998. The company offers a variety of services to their clients including publicity, licensing, endorsements, content development and more.

Vergara and Balaguer saw that no one in the entertainment industry was capitalizing on the opportunity to reach the broad Hispanic market, so they took matters into their own hands by launching LWE. After seeing continued growth for LWE, Vergara and Balaguer teamed up with former president of Fox Television Studios Emiliano Calemzuk to form Raze, a digital media company dedicated to producing Latin-centered content. Vergara is proud of what they’ve built, and loves to continue to surprise the world with her savvy business ideas.

She’s one of the highest paid actresses in television thanks to her hilarious role as Gloria on Modern Family, but Sofia Vergara is also an impressive businesswoman. She’s the co-founder of a multi-million dollar talent management and entertainment marketing firm called Latin World Entertainment (LWE), which she and Luis Balaguer founded in 1998. The company offers a variety of services to their clients including publicity, licensing, endorsements, content development and more. 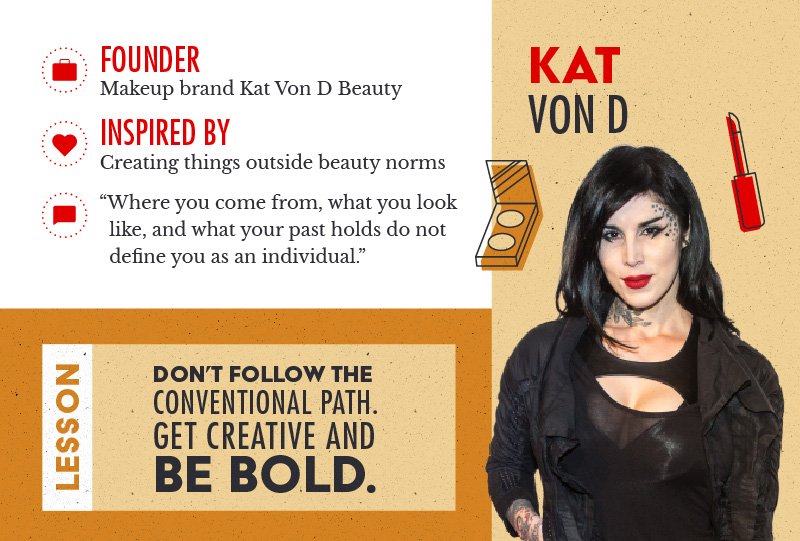 The passionate and edgy Kat Von D first got her big break in Hollywood with a role on the reality TV series Miami Ink, and she hasn’t slowed down since. Ever since she was a young girl, Kat has had a deep interest and love for art, and decided to make the leap into the world of cosmetics to help others use makeup as a form of expression and art.

Kat launched a self-named makeup line for Sephora, and the brand is proud to be both vegan and cruelty-free. In addition to creating products that are safe and clean, Kat is committed to using her platform for philanthropic purposes. She’s avid about raising awareness around animal cruelty, and contributes to a number of vegan charities.

Kat Von D has grown her company immensely over the last decade, and is a great role model to people everywhere to show that you can be a successful woman in business without necessarily fitting the stereotypical mold.